In our recent trip to Elkhart, Indiana met with MORryde to get a few upgrades for our RV home.

MORryde Step Above with Strut Assist

Our RV (built in 2017) came with the LCI Solid Steps. These steps were nice, but Tara had trouble lifting them. So, about a year and a half ago, we upgraded to generation one of the MORryde Steps with strut assist. While very similar to the LCI steps, it was the strut assist that was the big win. A small gas strut offsets the weight of the steps making them virtually weightless when lifting them to stow.

In generation 2 (the model we just installed), they improved on two key areas. First is the top step. the first generation had the top step the same size as the rest of the steps. Generation 2 has a deeper top step, making that first step out of the RV much safer.

The second thing improved with this second generation was a real peeve of mine in the first generation, and that is the pin locks for the extended legs. Every time we need to deploy the steps (set up camp, stop at a rest area, etc.), the legs have to be adjusted to accommodate the variable distance between the RV and ground. The meant pulling and reinserting the pin on each side a few times to get the appropriate level.

Generation 2 has a new trigger mechanism to very quickly release and adjust the legs with no pin! Even in the short time we've had these steps, that is a BIG deal and we love it!

Installation of the steps is fairly simple unless you need to make room for them like we did (see below). See the MORryde Step Above page which has a qualifier tool to make sure you get the right steps for your RV: changinglanesrv.com…

Neither the first nor second generation of these steps fit into our RV without a slight modification. The steps from the kitchen area to the bedroom come out just a little bit too far for the hinge of the steps. The meant I needed to cut a little bit of a hole for the first generation, then make that hole a little bigger for the second. Note: for the first generation, I removed the metal cover on the hinge, which is why it's hole could be smaller. But, I didn't like the looks of that uncovered hinge and decided to leave it on.

I then had to try to fill that hole while still leaving room for the hinge. This is what I came up with:

There were a couple of reasons we wanted to tryout the rubber pin box. First and foremost was an issue with our LCI Flex Air pin box hitting our tonneau rails. The sheer size of that pin box was causing it to hit our rails and bang them up pretty good. So, we wanted to try something shorter that still had cushioning between the RV and Truck.

Since the rubber pin box is now stock on the Momentum TH line, we figured it would be good for us to try that out since we do get questions about it versus LCI and others.

While the LCI Flex Air has a thin rubber pad, an air bag, and a shock, the MORRyde has just a single (thick) rubber pad. This provides up to 3 inches of movement fore and aft and 1.5 inches side to side. Both provide shock isolation between the RV and Truck.

So far, it seems to be great on all accounts. We can now turn much sharper without hitting our rails and the towing performance is on par with the LCI Flex Air. Win – win!

After DIY-ing the Flex Air pin box, I can say that I never want to DIY a pin box again. 😳 But, if you have the muscle to do it, it's not very complicated. Ours is 5 bolts on each side. Of course you'll need the appropriate tools, including a torque wrench.

To be honest, we didn't know if we would like having cargo trays in our basement. The shape of our basement, being larger on one side of the RV than the other, meant that we'd need to split the bay and use two trays. We'd either need to have one large tray on the passenger side and a smaller one on the driver side, or a long tray that extends all the way across the RV and a shorter tray aft of that. We opted for the latter, not knowing if we'd like it.

Spoiler alert: We LOVE it!

Our biggest concern was not being able to use the whole width of the basement due to the independent trays. But, after getting them in, I realized I was thinking the wrong way. These trays and their inherent ability to provide easy access to any part of the tray (by sliding out), change the whole paradigm. The storage tub that used to be just for things rarely used because it was difficult to access, can now be used for anything at all! Yes, the storage area is now split and I have to rearrange things to accommodate that. BUT! It's now super easy to access ALL of that space. Brilliant!

Our RV basement, like many we've seen, has an odd shape. It's a pass-thru basement, but is larger on the passenger side than the driver side, and the shift from wide to thin is a single wall on a 45 degree angle. It turns out this angle wall is just simpler and cheaper to build than a squared off wall, allowing more space. There is still plenty of room behind that wall if one is willing to move some things around.

To accommodate both slides and make the bet use of space, I needed to move the ATS (Automatic Transfer Switch) and water pump, then make a squared off wall where the angle wall was:

How To Get MORryde Upgrades

There are three ways you can get MORryde after market upgrades:

Products in This Video 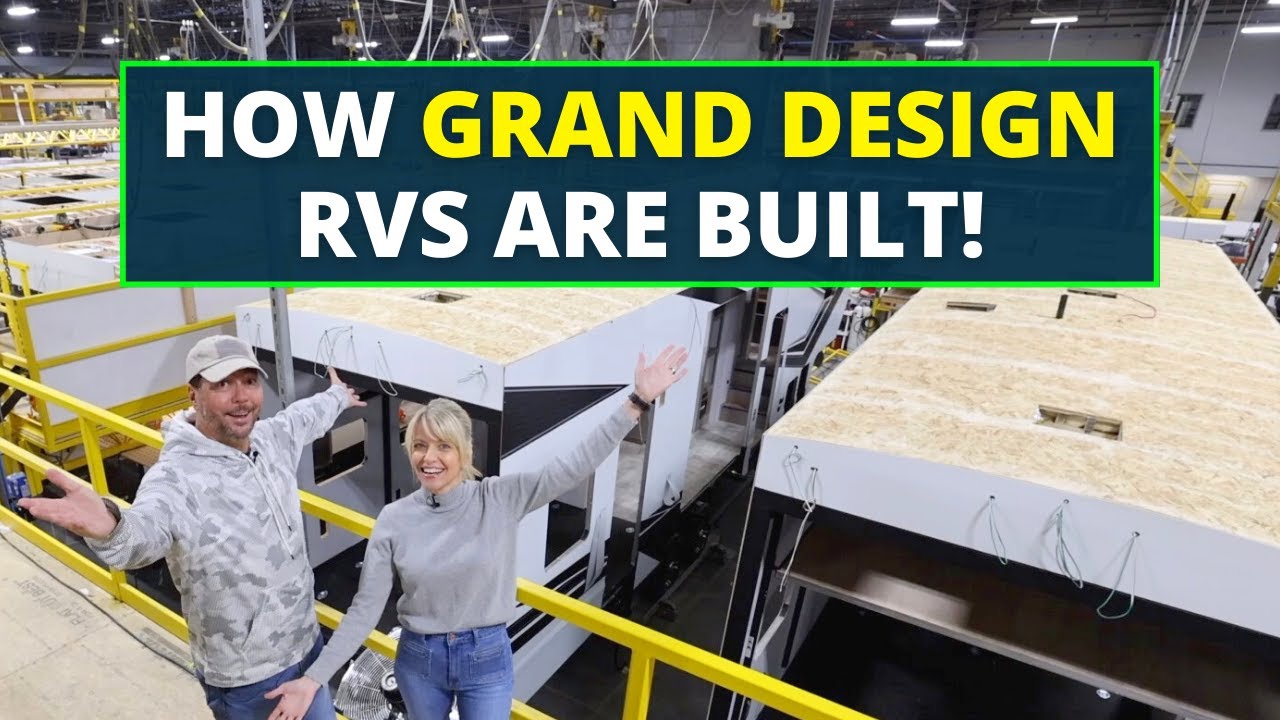 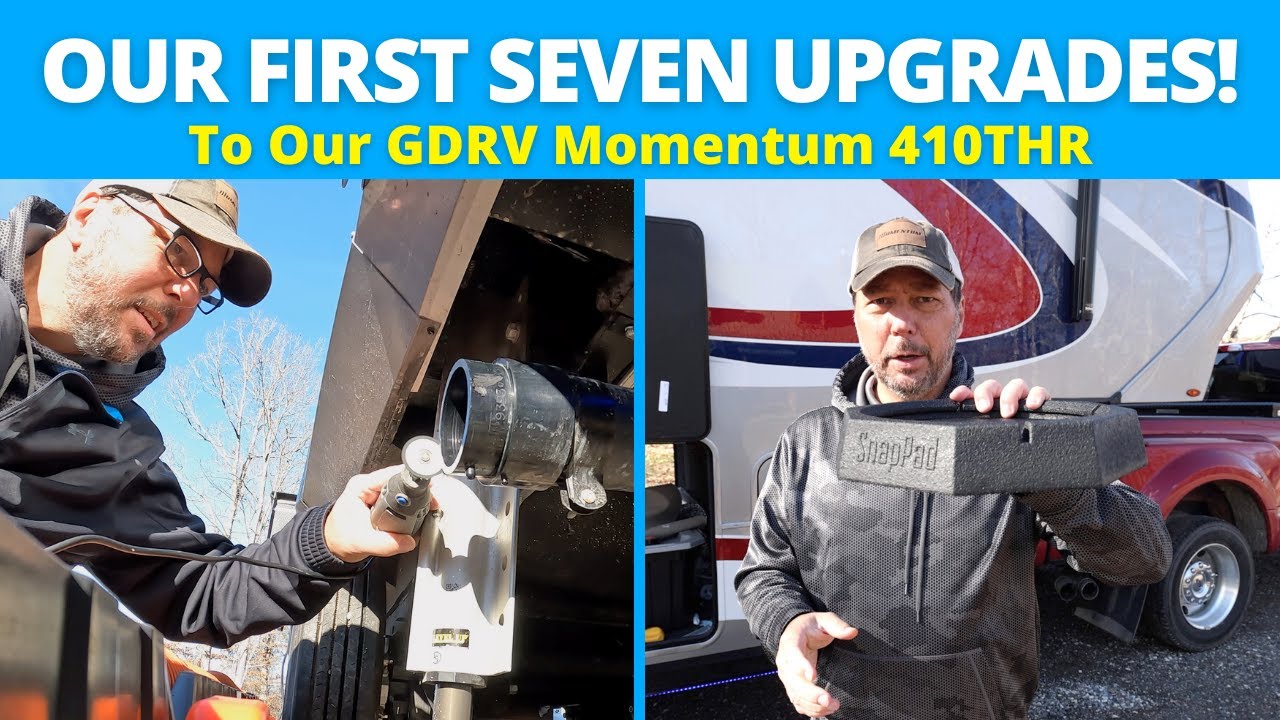 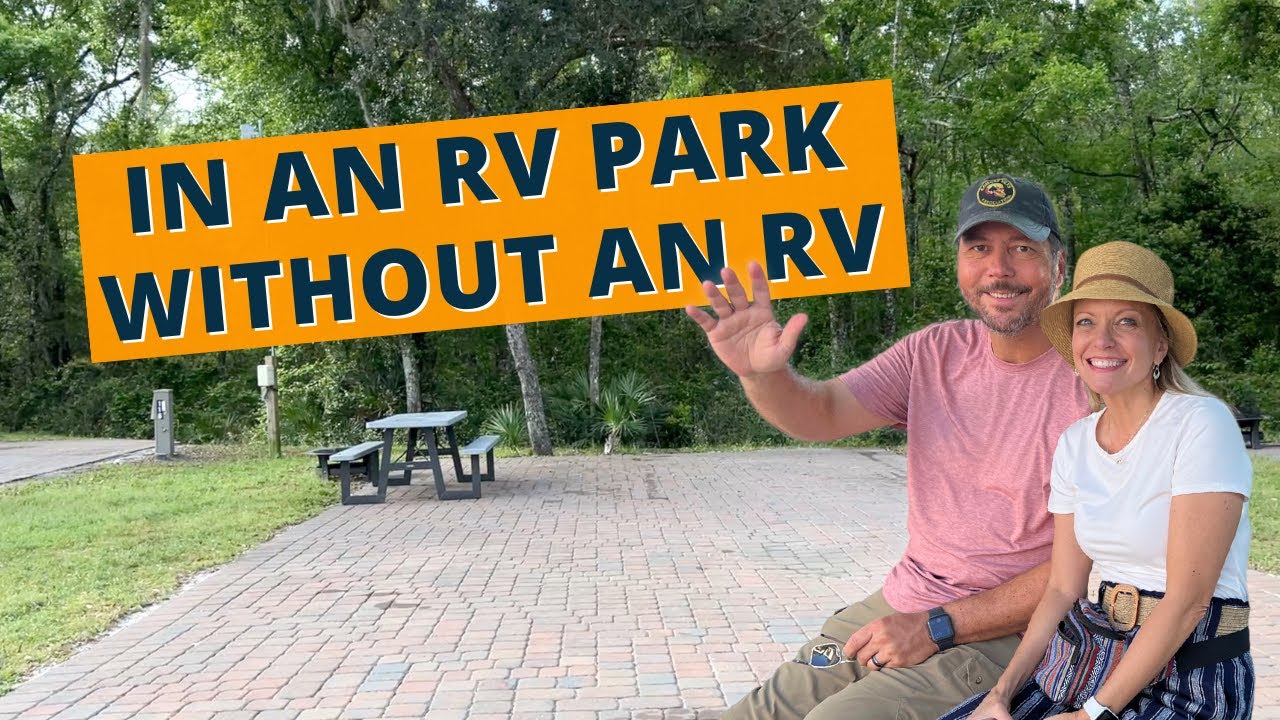